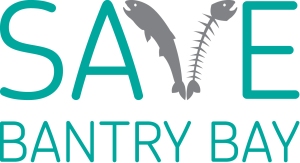 RE: Research Paper ‘Evaluation of the impacts of aquaculture and freshwater habitat on the status of Atlantic salmon stocks in Ireland’

It was with great interest we read the paper by David Jackson of the Marine Institute ‘Evaluation of the impacts of aquaculture and freshwater habitat on the status of Atlantic salmon stocks in Ireland’1, which concludes that there is no correlation between the presence of aquaculture and the performance of adjacent wild salmon stocks. These conclusions were drawn by comparing salmon river status against water quality.

Since publication, this paper has been heavily criticised by Inland Fisheries Ireland and as well as by environmental and angling organisations. Indeed, one of Ireland’s top scientists in the area, Dr Gargan, stated only days after publication that you cannot come to the conclusions drawn from the data presented; and that Dr Jackson and his colleagues from the Marine Institute ‘are jumping to very big conclusions’.2 Dr Gargan’s main issue is the paper includes no data on sea lice, and there is no examination of rivers entering salmon farming bays verses rivers not entering salmon farming bays.

The authors are thus confusing correlation with causation.

Dr Jackson did complete a study that released vaccinated and unvaccinated salmon smolts recently.3 It showed a statistically higher returns of adult salmon where they’d been treated as smolts. This proves exposure to sea lice is a reason for mortality. It would have been much more helpful if in this paper Dr Jackson had included data on whether or not there were salmon farms in the migration paths of the smolts released. As it is, his data showed 20% decrease in returns of adult wild salmon due to sea lice mortality. Given this figure included non-exposed salmon, it is probable that the mortality figure would increase considerably if only smolts exposed to salmon farms were considered.

It is curious Dr Jackson chose not to include data on the location of salmon farms in this study, particularly as it’s in the public domain.

Fortunately, others have completed such studies which have been published in genuinely peer reviewed journals. In addition, review papers and meta-analysis have been published that look at the data from not just one study but many, thereby more powerfully estimating the true effect of salmon farms.4,5,6 One such paper by Dr Gargan of Inland Fisheries Ireland showed a decrease of wild salmon in areas of salmon farming by 39%, while other papers show much greater decrease.6

Further serious concerns arise regarding Dr Jackson’s choice of publication for his latest study. Agricultural Sciences has no track record of publishing articles on sea lice, and has only once before published an article on salmon. It’s reputation is dubious at best. The company behind the publication is included on Bealls list of ‘predatory open access publishers’ and does not meet the standards of the Open Access Publishers Association. One can only ask, as Salmon Watch Ireland has, but without avail, why did Marine Institute chose such a publication? Did the Marine Institute provide the names of its own review panel, and if so who? What comments did the review panel submit? How much was paid for publication? And, in light of the answers does the Marine Institute still endorse this article?

Has the Marine Institute lost sight of this role? Current behaviour suggests that instead of undertaking research that will promote economic development, create employment and protect the marine environment, it is promoting bad science to endorse an ill-conceived government policy.

Only yesterday came the news that the angling industry in Ireland is valued at €750 million.7 This industry will be put at serious risk should wild salmon and sea trout populations collapse. To make the situation worse, angling is a genuinely sustainable area of the economy. One dominated by small family run businesses in remote areas. All this could all be lost in favour of an industry that is mostly run by multinationals whose profits go overseas. Today a single Norwegian firm, Marine Harvest, controls 80% of Ireland salmon farms.

It appears the Marine Institute has lost sight of its purpose. Rather than developing research to promote economic development, create employment and protect the environment it is doing the exact opposite. It is publishing poor quality research that could destroy a valuable industry, costs jobs in remote areas, pollute the environment and devastate protected wild salmon stocks.

The Marine Institute is not only risking its own reputation, but that of all Irish government bodies by taking this approach to scientific research.

We look forward to receiving your answers to our various questions above, and views on the issues raised.