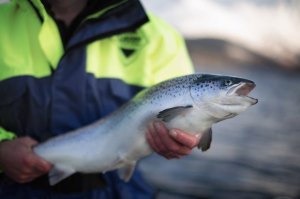 A huge increase in the use of a chemical to fight sea lice on fish farms has prompted criticism from environmentalists who argue the industry is “fighting a losing battle” against disease and infection.

More than 15m litres of treatments containing hydrogen peroxide, a key ingredient in rocket fuel and bleach, was used by Scottish salmon farms last year. The amount — enough to fill six Olympic swimming pools — was about five times more than the 2.7m litres used by the industry in 2012. In 2011, about 500,000 litres was used.

The sharp increase, confirmed by the Scottish Environment Protection Agency (Sepa), has prompted concern; the product is not deemed to pose a “significant” threat to the environment but guidance issued by the UK government warns excessive use can cause an ‘oxygen crash’, causing harm to fish and other aquatic life.